In April and May, the Environmental Humanities Center organizes a series of events about climate change. Do spread the word – we hope to see you at these events! 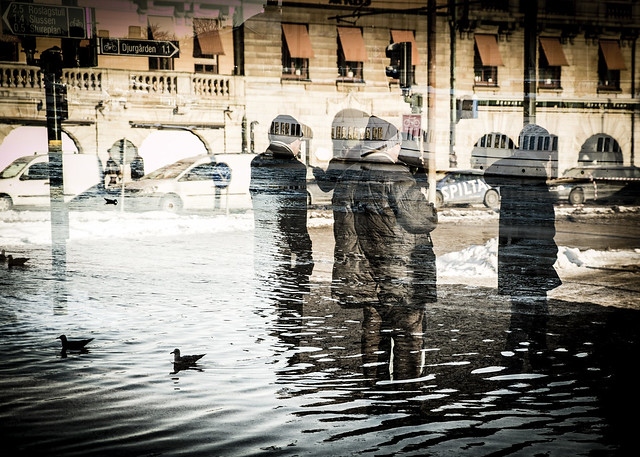 Climate Change and Everyday Life in Stockholm
There is an increased everydayness about the phenomenon of climate change. We encounter it in the news, talk about it, and use it as a context to rethink who we are, what we do, and the world we live in. Based on research amongst young adults in urban Stockholm, this presentation engages with everyday experiences of climate change. Particular attention is paid to the mediated dimensions of these experiences, and the politics of everyday life in the Anthropocene.

Tom Buurman is a PhD Candidate in the Department of Media Studies at Stockholm University. He currently teaches a course in journalism at Vrije Universiteit Amsterdam.

Please register for this lecture.

SILVIA DE BIANCHI
(Universitat Autònoma de Barcelona)
Understanding and Controlling Climate: The development of climatology and its importance for philosophy in the 18th century

To control climate is believed to be a priority in current policies and International agreements, but has it been already the case before? How do we understand “controlling climate” today? And how was it before?

In this paper I shall analyse the approach that scientists and philosophers endorsed in the 18th century in discussing climate. I shall clarify in which sense they talked about understanding and controlling it. Furthermore, I shall highlight the relevance of climatology for the philosophy of Immanuel Kant. This in turn will lead us to discuss the way in which we portray the relationship between philosophy and climate science today and to investigate the nature of their interrelation.

Silvia De Bianchi is Ramón y Cajal fellow at the Department of Philosophy and member of the CEHIC (Centre for the History of Science) at the Universitat Autònoma de Barcelona.Her research interest include Kant’s philosophy, history and philosophy of science (18th and 20th  century).

Paolo Scussolini works as postdoctoral researcher in the Water and Climate Risk department of the Institute for Environmental Studies at Vrije Unversiteit Amsterdam. He is involved in the assessment of flood risk under future climate change, in a number of case studies, among which Ho Chi Minh City, Prague, Bilbao. More in general, he investigates the effect and characteristics of flood adaptation measures.

Femke Herregraven is an artist, designer and researcher. Currently, she is resident at the Rijksakademie van beeldende kunsten in Amsterdam. In her work, she visualizes the often invisible processes that dominate our globalized society. In her 2014 work Staring into the Ice, she examined the relations between the financial world and global warming, and how the melting Arctic ice now opens up new investment opportunities and trading routes for financial markets by making it possible to lay submarine cables on the Arctic seabed.

Please register for the event.

In cooperation with the Faculty of Earth and Life Science, we organize a lecture by environmental scientist Erle Ellis.

Humans have profoundly transformed Earth biosphere and climate. To understand why humans gained this unprecedented capacity to transform an entire planet requires a deeper evolutionary understanding of human social processes and their reshaping of ecology. By engaging with these evolutionary processes, and the economies of scale offered by an increasingly global human system, it may yet be possible to shape a better future for both humanity and non-human nature in the Anthropocene.

Erle Ellis is an environmental scientist and professor at the University of Maryland, Baltimore County and a leading theorist of what scientists increasingly describe as the Anthropocene, the age of humans. Ellis has described the extent of humankind’s impact on the planet, from extinctions and massive landscape changes caused by hunter-gatherers to the trend of growing agricultural productivity in response to population pressures.

Please register for the lecture.