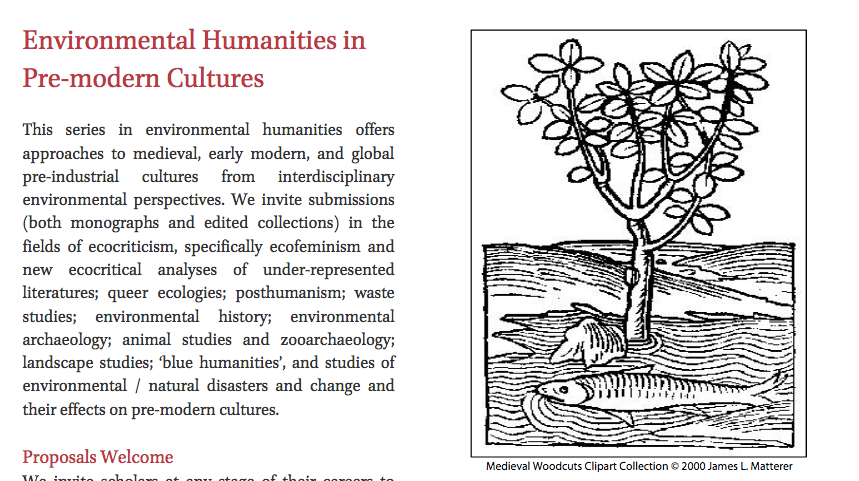 Amsterdam University Press has started a book series devoted to Environmental Humanities in Pre-modern Cultures. The first book in the series is just out: Anglo-Saxon Literary Landscapes: Ecotheory and the Environmental Imagination by Heide Estes.

“Literary scholars have traditionally understood landscapes, whether natural or manmade, as metaphors for humanity instead of concrete settings for people’s actions. This book accepts the natural world as such by investigating how Anglo-Saxons interacted with and conceived of their lived environments. Examining Old English poems, such as Beowulf and Judith, as well as descriptions of natural events from the Anglo-Saxon Chronicle and other documentary texts, Heide Estes shows that Anglo-Saxon ideologies which view nature as diametrically opposed to humans, and the natural world as designed for human use, have become deeply embedded in our cultural heritage, language, and more.”