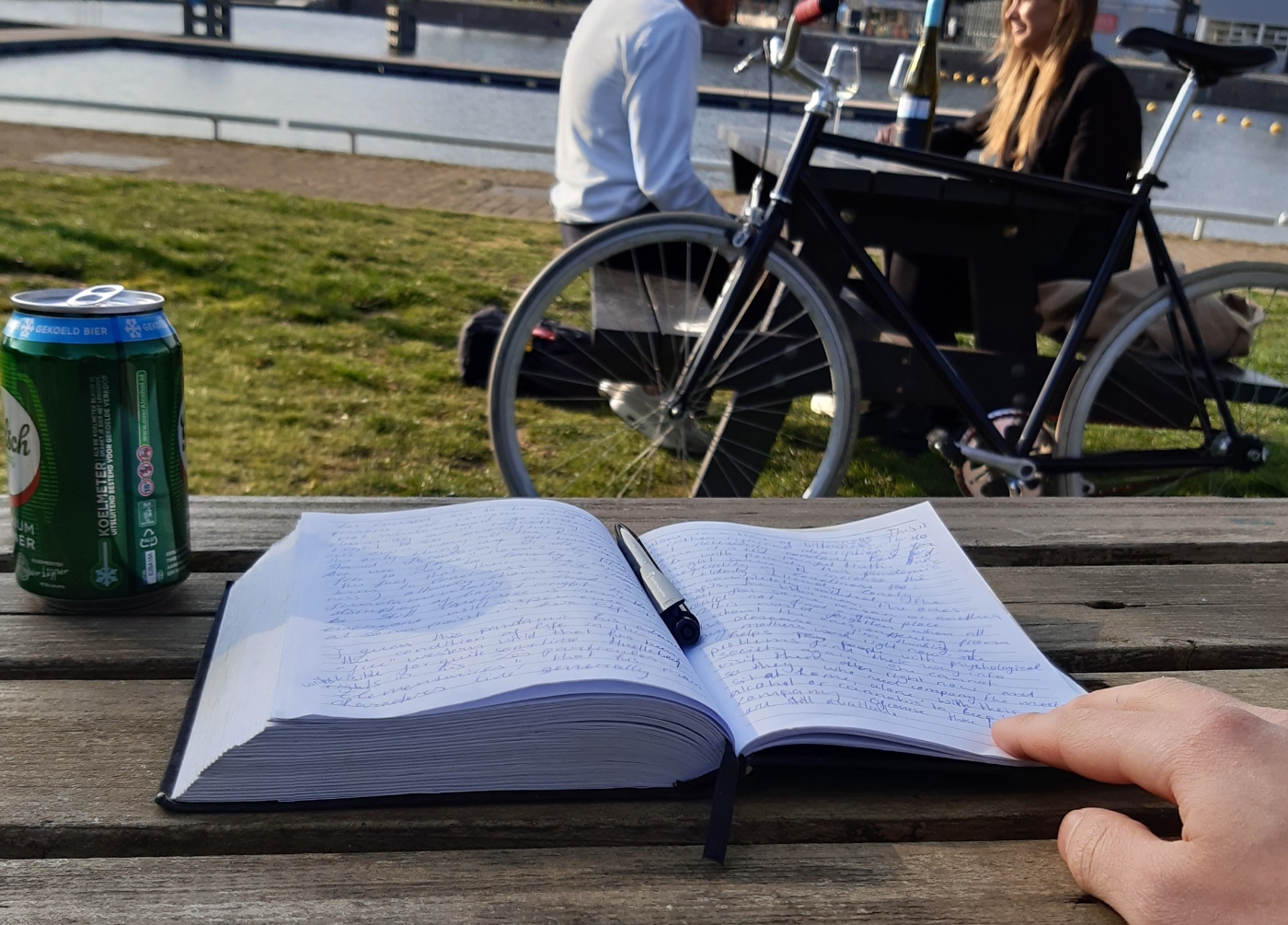 This contribution belongs to a series of student blogs written as part of a seminar offered by EHC staff as part of our Research Master’s Environmental Humanities specialization. This year, this seminar was devoted to the Corona pandemic.

The agency of nature: a sense of loneliness and togetherness in quarantine

Anyone who was still wondering whether nature is an important motor of historical change, should know by now that it is. At the moment, a virus has greatly influenced our daily life and enhanced the power that governments can exert on citizens. All across the globe, governments are urging people to ‘stay at home’ as much as possible. Generally, this demand is followed up by increased police surveillance to enforce the new rules. Some journalists have pointed out that the demand to ‘stay at home’ is not politically neutral, and presupposes that people have a ‘safe’ home to stay in. In reality, this might not be the case; women might suffer from domestic violence, others might share a small flat only bearable when one can get out from time to time, LGBTQ+ people might not want to return to an environment where they cannot express their house in the first place – nature has far reaching consequences for human lives, and today it causes a sense loneliness and togetherness.[1]

In an attempt to include nature in the political, Jane Bennett writes: “A vital materialist theory of democracy seeks to transform the divide between speaking subjects and mute objects into a set of differential tendencies and variable capacities.”[2] At stake is the political agency of nature, as a non-speaking entity. Interestingly, the Meriam-Webster dictionary lists the following as one of the definitions of ‘agency’: ‘a person or thing through which power is exerted or an end is achieved.’[3] Currently, the epidemic indeed seems an instrument to exercise political power. Clearly, it is important to prevent the spreading of the virus, but today, on a sunny afternoon in Amsterdam, I sit outside wondering about the inequality of loneliness: who gets to hide from this crisis safely together at home, and who has to face it alone, quite alone?

Last night someone called the police, because of which we couldn’t continue the birthday party we had for one of our roommates. We would appreciate it if, in the future, people would come to us first or make a Facebook post, because this was a real bummer. We were just trying to have some fun in these shitty times, with only roommates and three partners of roommates that were already here before.

All the while everyone keeps claiming that they would’ve been part of the resistance during the war.

In my house we had a birthday party for one of my roommates. However, around midnight the police showed up at our doorstep and told us that they were called because someone feared we weren’t abiding to the COVID-19 rules that the government had set and were guilty of gathering. We posted a message on Facebook, because we were upset, and someone replied: “All the while everyone keeps claiming that they would’ve been part of the resistance during the war.” This resembles the war-like metaphors that are otherwise used during this pandemic, though not quite in the same way. In the usual war metaphors, the virus is made the enemy, the home-front are the people isolating at home and the traitors and deserters are the people breaking the social distancing rules (1); the undisciplined ones who threaten the collective (2). The person who called the police saw us as such traitors. And many others approach students in the same way. Some police are even warning students that they cannot be within 1.5 meters of each other within their own homes. These undisciplined, reckless students do not take the rules seriously enough; they carry the potential for treason and desertion. But this Facebook comment reverses the metaphor. Now, this person who called the police is no longer alerting the authorities to treason; he is the traitor. His metaphor implies that we are occupied. But occupied by whom? By the virus? But the police-caller did not desert to “Team Virus”. I think the metaphor directs us to a different, similarly invisible, enemy: the threat on  citizens’ rights. There have been various instances already where governments have used this pandemic as an opportunity for a grab to power. Though not being allowed to throw a birthday party might not be so severe, this comment shows that loss of rights is a fear that people feel.

The human, the viral, and the political

These difficult times give us the opportunity to reflect. The virus is among us and it imposes itself with vehemence. It infiltrates our homes, our streets, our offices and classrooms, our cafes, our theatres. It contaminates every aspect of our lives. It forces on us new ways of living, of interacting, of relating with one another. It limits our freedom, it restricts our spaces. It comes and takes some of us with it. The virus obliges us to rethink our priorities and our visions. It confronts us with our own vulnerabilities and insecurities, at a moment and in a manner none of us would have predicted.

It cannot escape the eye of an attentive observer what are the profound, far-reaching effects the virus has on private and public living; indeed, on our polity. Where does the natural end, and where does the political begin? Expanding on the arguments of Jane Bennett and Bruno Latour, we are faced with the rigidity and narrowness of these categories. The virus, an apparently passive agent, surprises us in the sharpness of its political agency.

The quarantine becomes the new public space – in fact, it devours it, it empties it of its objects and meanings. The virus obliges us to reassemble our own lifestyle, to extents many of us were not ready for. Not because it is particularly deadly to you or those around you: as a young, healthy individual, as for the majority of the population, the disease can represent only a minor threat to one’s safety. The individual cost of exposure to the virus in most of the cases is not commensurable to the cost of these civil restrictions. On what grounds then can these measures find justification for the individual? None. The pandemic is not an individual threat: it is a common, shared, collective threat. The great limits posed on our personal liberties are hardly worth the individual risk posed by the disease. They are worth, however, the collective cost that the virus poses to the fabric of our societies as a whole. This is perhaps the greatest challenge posed by the virus, what could become its most valuable teaching: collective reconstruction requires individual abnegation. A political lesson from the most unexpected teacher.

Latour, B. (2012). We have never been modern. Harvard university press.