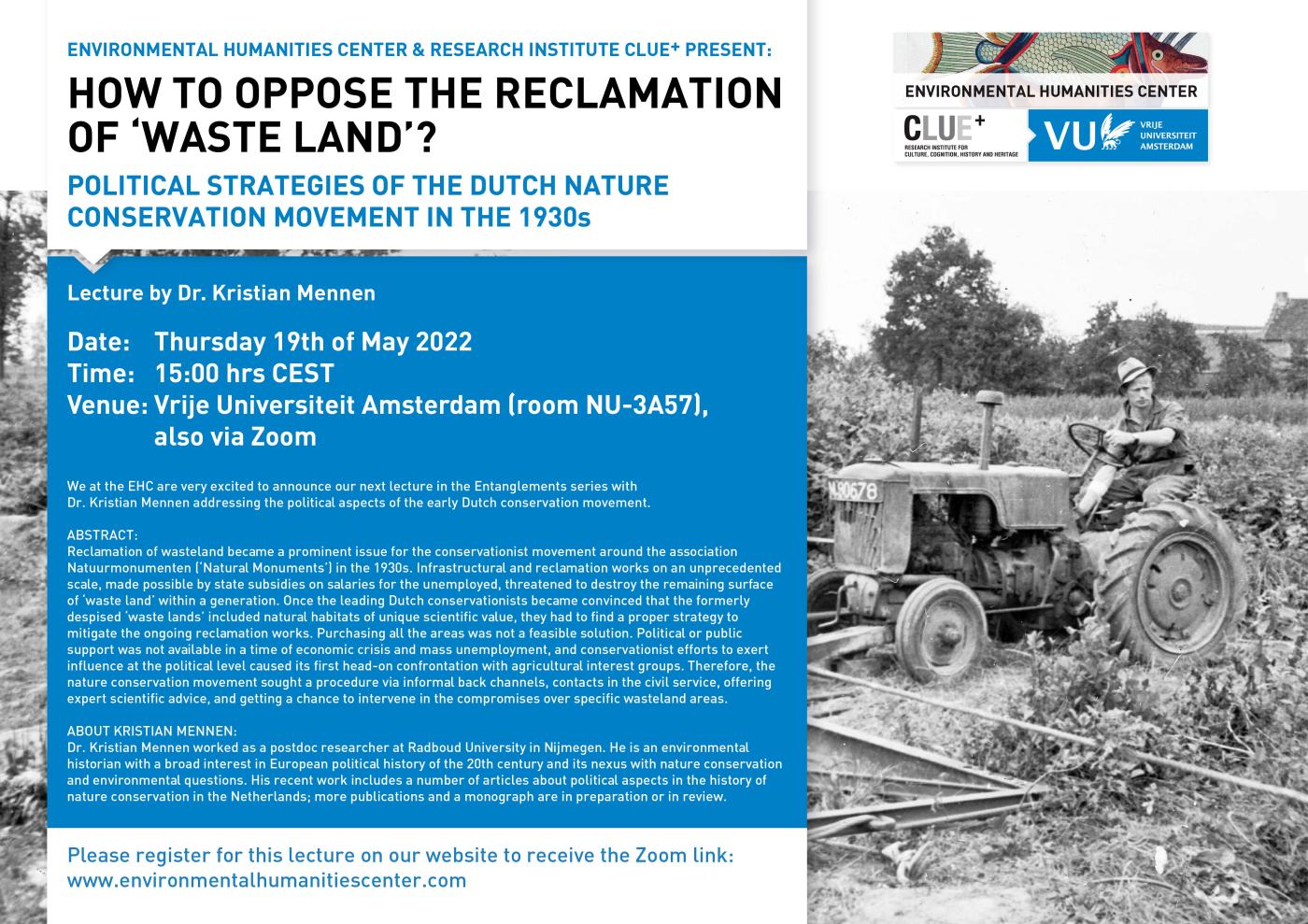 On the 19th of May, Dr Kristian Mennen delivered a lecture on the political strategies of the Dutch conservation movement in the 1930s, as a part of the EHC Entanglements Lecture Series. Dr Mennen addressed an online audience. The political historian with an interest in environmental history discussed aspects of his current research in a presentation titled “How to Oppose the reclamation.

The presentation focused on one of the case studies in his research on conservation policy-making of early policy-making in the Netherland and the United Kingdom from the early 1930s to the 1960s. He approached the lecture by highlighting two core contexts from which the topic could be assessed. One, of why the reclamation of wasteland become such an important activity and topic in the 1930s from a socioeconomic perspective and second, of how the nature conservationists or the conservation movement changed or adapted with regards to this development. In a time of economic crisis and mass unemployment the conservationists’ concerns regarding the unique scientific value of the formerly despised waste-lands, were not met with political or public support.

From the 1920s to the 1960s, no laws were made in support of the conservation movement and no formal institutions existed for the conservation movement to communicate with the government. However, Mennen showed how through temporary committees and personal contacts, key figures in the nature conservation movement influenced government policies, in particular during the great campaigns of reorganising the agricultural lands (‘ruilverkavelingen’) so that patches of nature were conserved.In the discussion one of the questions raised was to what extent this must be considered a typical Dutch version of nature policies, or if this was similar in other countries too.

You can also access the video lecture here: https://youtu.be/z1ZmOM0fA98.